Using the following formulas, you can determine how much vibration will be sufficient. Remember, the goal is to provide just enough vibration to do the job. Excessive vibration can cause excessive wear on surrounding systems. 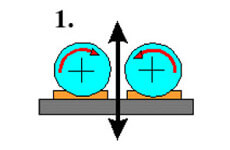 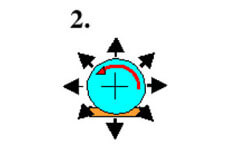 Formula – please select a formula from these choices

If the frequency of vibration, load, and amplitude required are known, the centrifugal force required can be calculated from the following:

When using vibrator(s) on vibratory equipment, it is necessary to allow freedom of movement and also to prevent unwanted damaging vibrations being transmitted to surrounding equipment and steelwork. Generally, 95% isolation is satisfactory and will be obtained using the resilient mountings having the following static deflections under the weight of the structure, load, and vibrator(s):